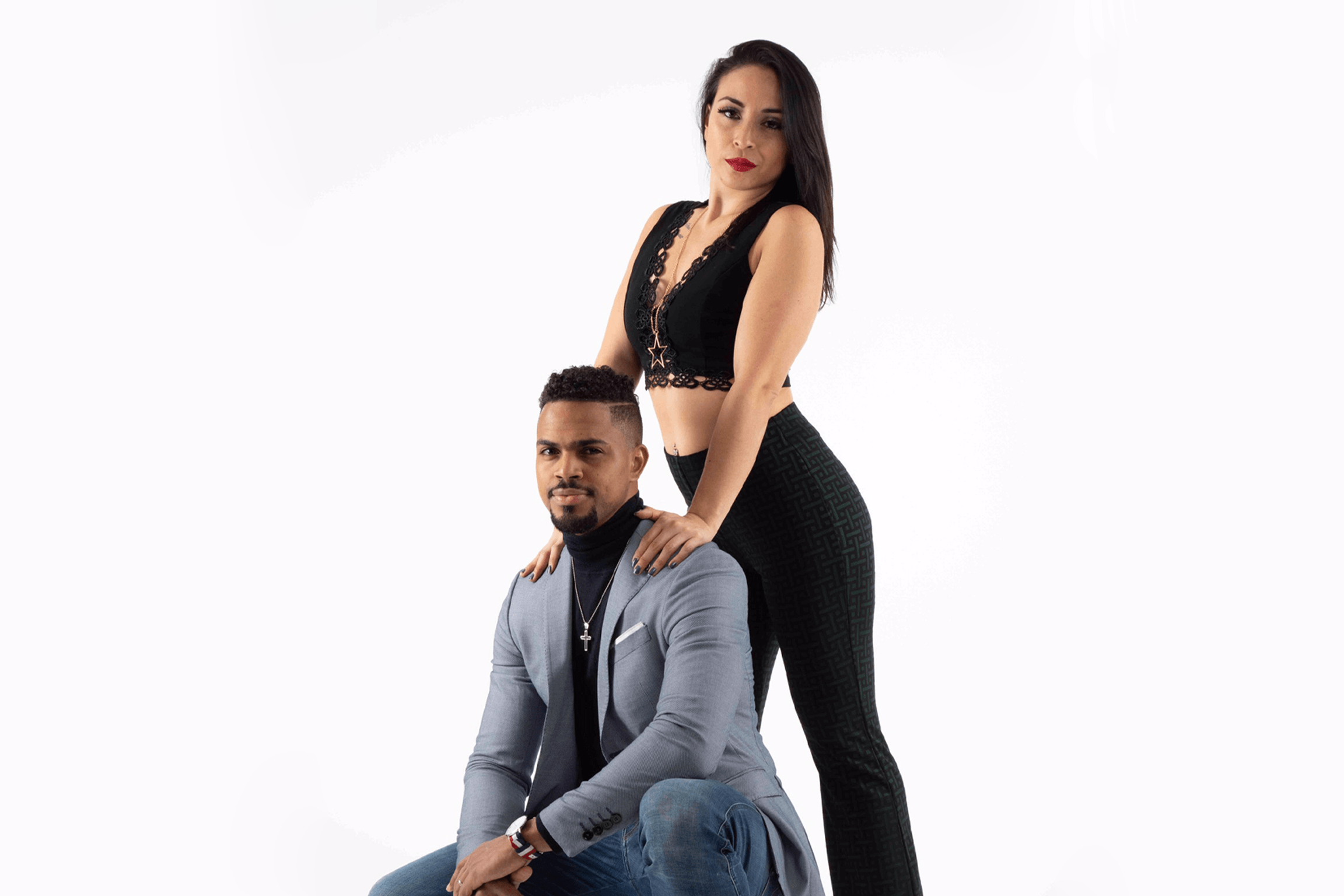 Junior Aquino was born in the Dominican Republic in 1987 and took his first dance steps as a child.
Even as a young boy, Junior was captivated by the rhythms and started dancing bachata and salsa in
parks, squares and streets and wherever music was played. At nineteen years of age he became a
representative of bachata in his hometown of Bonao when he started organizing competitions and
other events. He has been teaching bachata and salsa since 2008 in the Dominican Republic and is
seen as one of the key people in the bachata scene in the DR. Since 2014 he has taught and performed
at a number of congresses all over the world. He is the founder and owner of Keloke Dance Company
who organizes Keloke Bachata Festival, the first all Dominican Festival in Scandinavia, and Keloke
Bachata Adventures, a dance tour in the Dominican Republic. Junior’s talent, musicality and unique
style is taking the world by storm and the authentic bachata is now on the rise with an increasing
amount of followers falling in love with its joy, sensuality and playfullness.

Carolina Bustamante was born in Colombia in 1991 and from a young age she started to fall in love
with dance. In 2007 Carolina left Colombia and moved to the north of Sweden but continued learning
and taking dance classes by regularly travelling to the capital. In 2012 Carolina decided to move to
Stockholm permanently to dedicate herself fully to the dance. Starting from zero with only a desire to
dance and evolve she was soon working at Stockholm Salsa Dance teaching salsa, bachata and
kizomba. She started travelling to congresses and festivals all over the world to learn more and has
during the last couple of years dedicated herself to bachata. In October 2015 Carolina spent a month in
the Dominican Republic taking classes and dancing while falling even more in love with the
Dominican culture.

Since July 2016 Junior resides permanently in Stockholm, Sweden, working with Carolina teaching
bachata and salsa at Stockholm Salsa Dance in Stockholm. During the past years they and their
Dominican Flow teams have participated in congresses and other events in France, Mexico, Spain,
Germany, Israel, Australia and Russia to mention some. Their goal is to spread and share their
knowledge of the Dominican culture to Europe and the whole world.